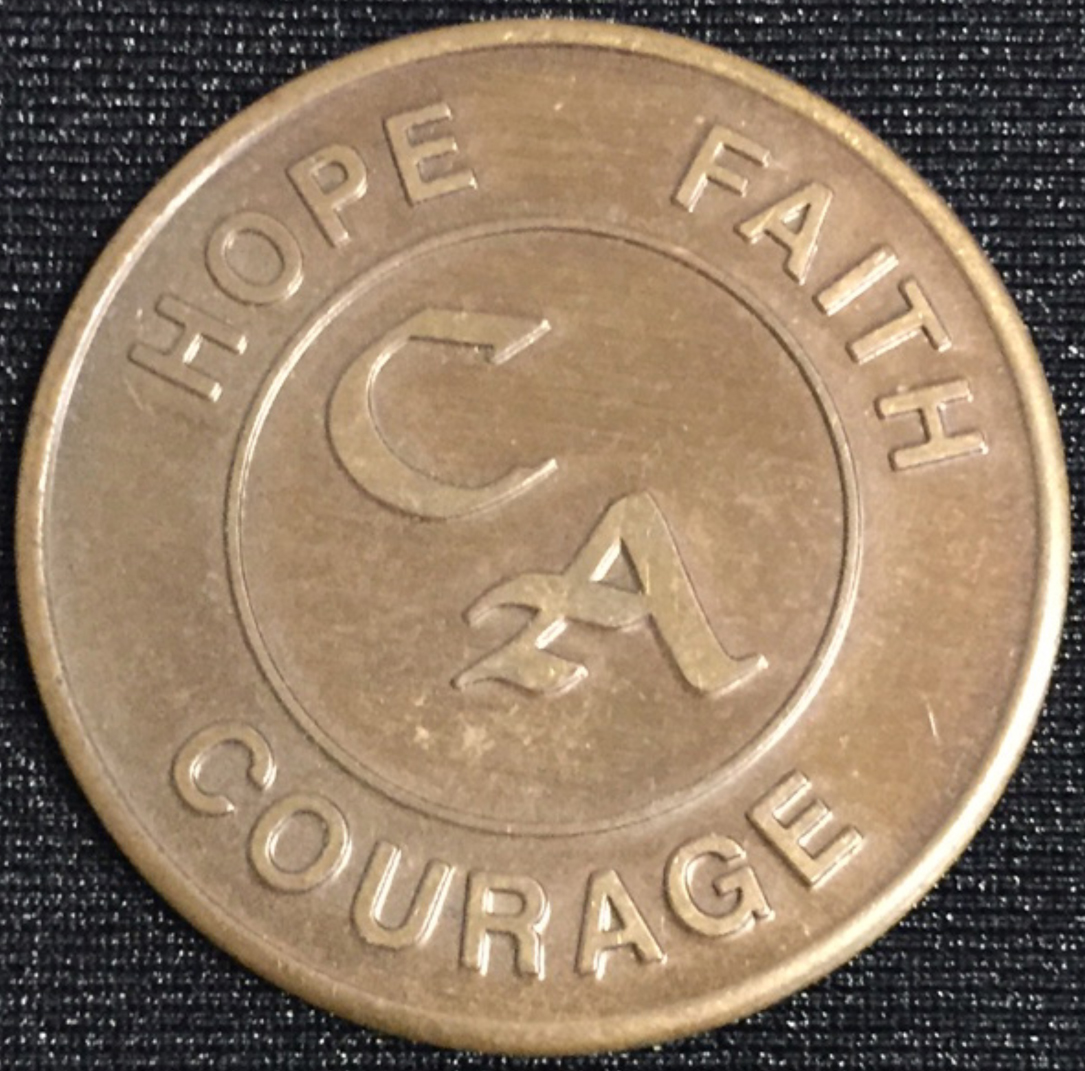 Johnny S. was asked to come up with three words to epitomize the spirit of Cocaine Anonymous. Originally it was “Hope, Faith and Willingness.” But “Willingness” was too long. At the time, Johnny was listening to a speech by John F. Kennedy about having courage to do difficult things in your life. Johnny decided that the word “Courage” was appropriate because it fit nicely in the circle, and he felt “it took courage to walk into the doors of C.A.”