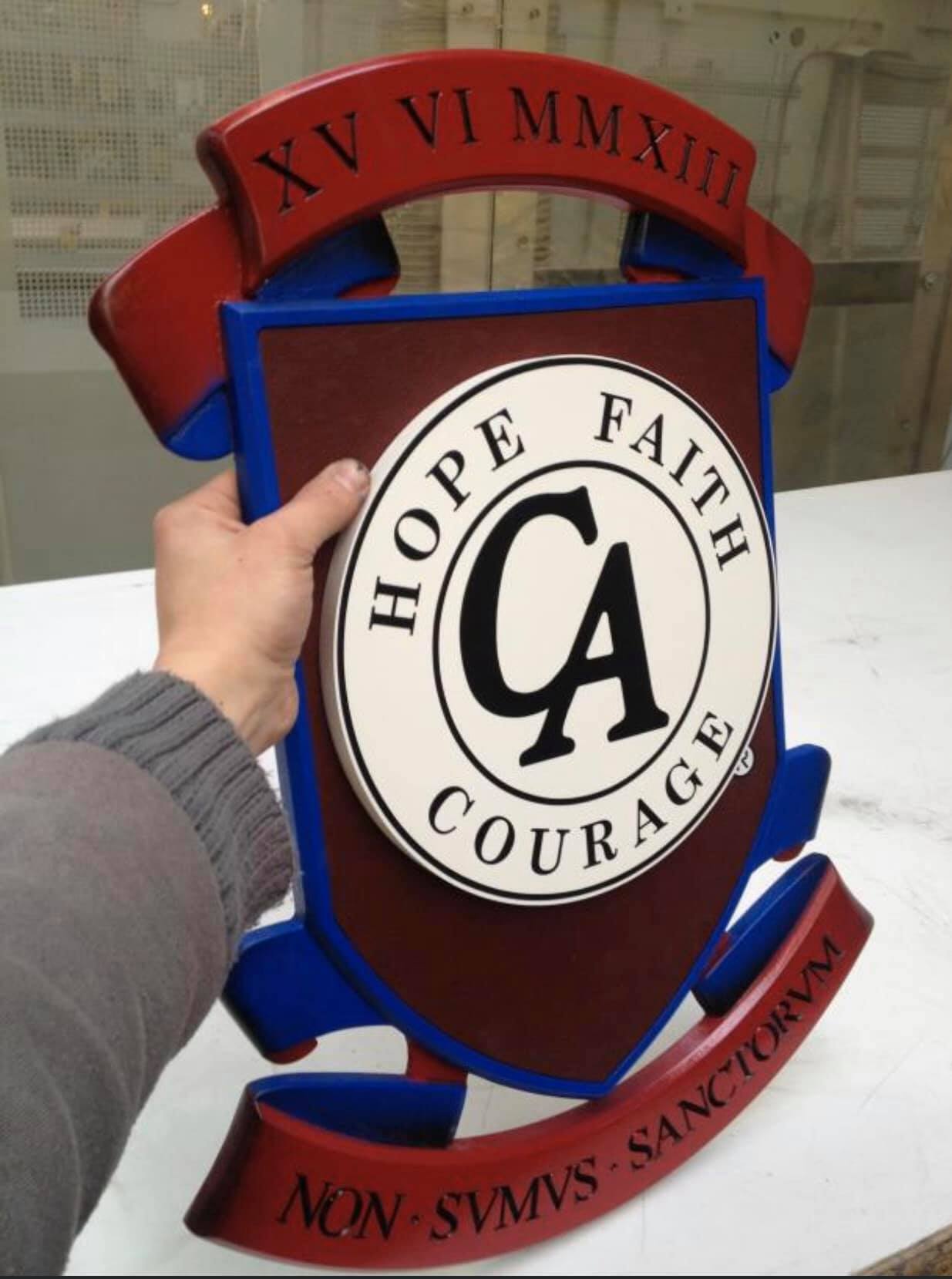 Made for a Central District Convention that was held in Borehamwood on June 15, 2013. The logo reads, “We are not Saints”

We had a whole tradition 7 machine that the guy made that you placed your coins on one end and turned the handle and watched them mechanically roll through the machine before dropping in the box. Very cool. The guy who made it is not a member currently, though he was.

There were purple onesies, and V neck sweaters made too. Very cool memorabilia.

The Convention schedule had a 12 Traditions workshop about relationships. It was a good day.