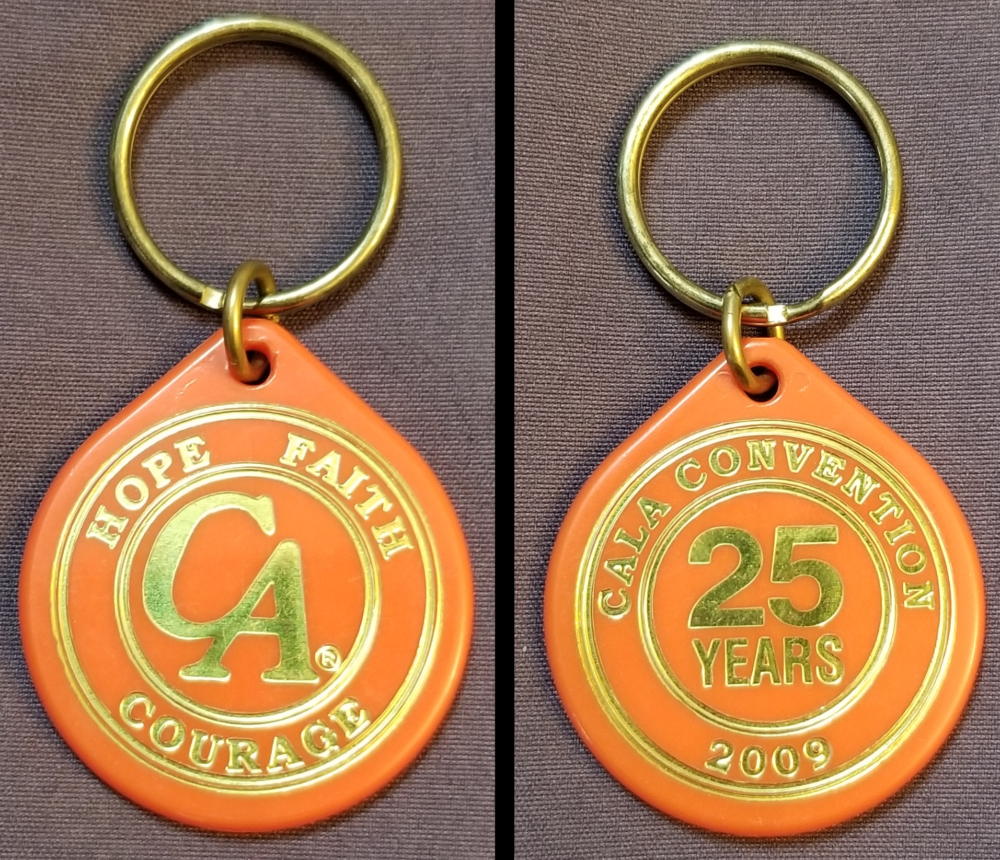 From Ruby C., Utah – After the 2013 World Services Conference held in Los Angeles, CA, had ended, a few of us went to a C.A. meeting that night (do not remember the meeting name nor the location but it was semi-close to the Conference hotel). Before the meeting started, while almost everyone else was outside smoking, I was inside saving our seats. I introduced myself to the gentleman sitting a couple rows behind me and he said his name was Neil. I’m not sure why, but I asked ‘Neil Bxxxxxxx?’ to which he said yes. I had just randomly introduced myself to one of the very early members of C.A. and who had done a lot of service work for C.A. in Los Angeles during those early years. We chatted before and after the meeting and I made sure to introduce him to everyone in our group that night. Just before we left the meeting, Neil said he had something to give me. He opened up the trunk of his car, grabbed a tote bag, pulled out a Ziploc bag full of orange chips, and gave me one. He told me he had had the chips made for the 25th Anniversary of the CALA Convention in 2009 and they were orange because that was the color of the first Newcomer chips. I have always wondered why he had them in the trunk of his car 4 years later… haha